It’s ironic how venial distractions antagonize me while I’m trying to write. Gifted since a wee child with a keen sense of how to annoy others, I’m actually rather hawkish in protecting my own creative space. For example, the gentle rustling of a candy wrapper may provoke me to voice a sardonic remark. If I’m in mixed company and want to keep up appearances and avoid opprobrium, I may simply sound a hasty retreat to sulk in solitude.

In my sixth grade writing class, I was inculcated with Natalie Goldberg’s “writing mind” mantra that just ten minutes of uninterrupted writing will result in the emergence of the enemy of all that is trite: the unsullied utterance of authenticity. The trick is to keep the pen moving and “monkey mind”–that disruptive, second-guessing voice of doom–at bay.

Writing demands the abdication of procrastination: abandoning the trivial pursuits of scanning Facebook and other highly effective methods of nursing minutes and hours from the project at hand.

Just today, the printer ran the latest issue of Blackfriars, which I scrupulously edit as part of my work for that merry band of itinerant preachers so nicknamed. If you’re interested in perusing then you can find the digital version by clicking here.

Editor’s Note: I’m attempting (yet again) to study for the GRE. The words in bold are my vocabulary words for the day. 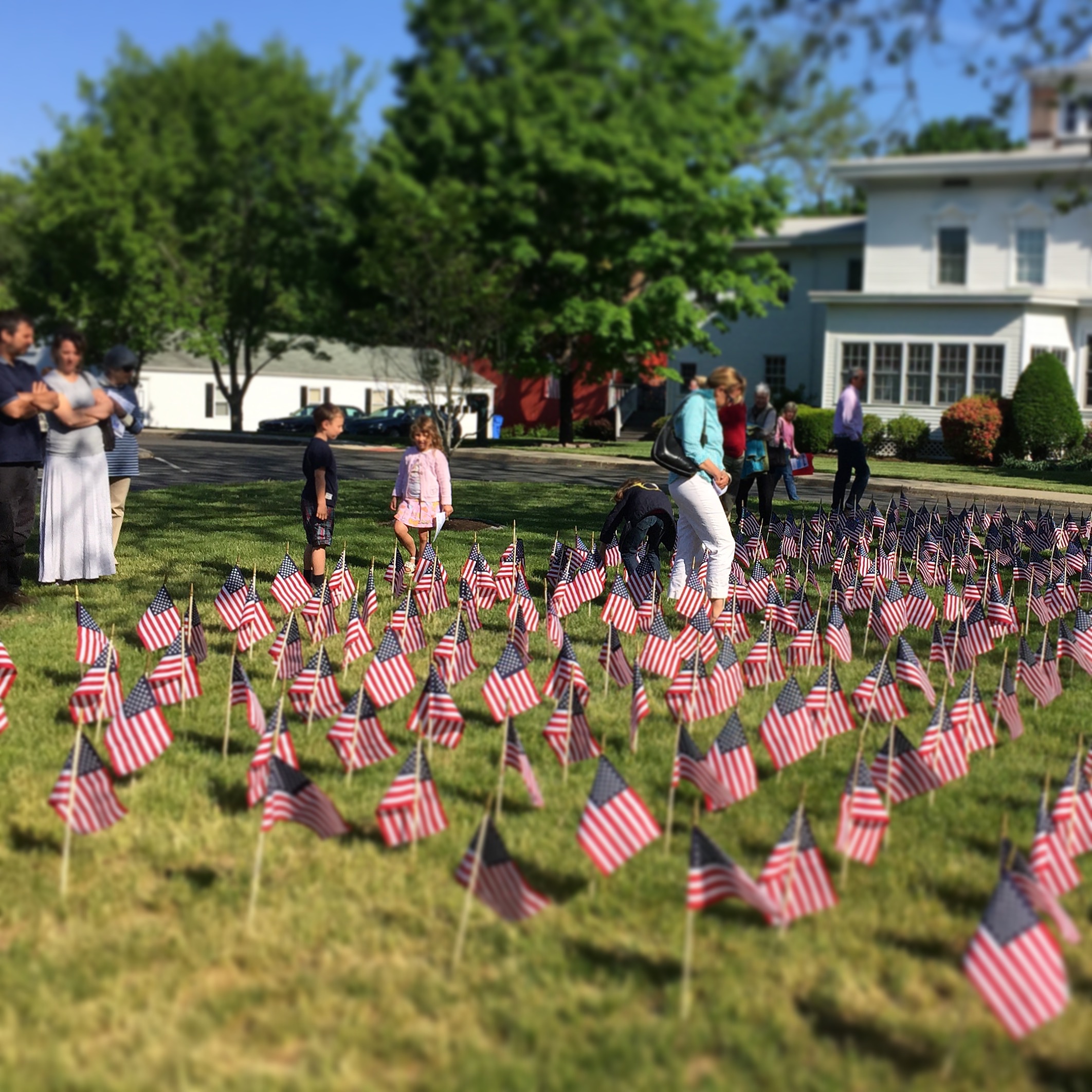 Aside from zoning on a zombie film (28 Weeks Later); celebrating a wedding; and enjoying the stereotypically American Memorial Day of hotdogs, family, and perfect weather, I also did reflect on the cost of being American. If you’re in a reflective mood as well, you may want to check out the Centurions Guild. It’s meant as a forum for those un-fallen soldiers still struggling with the cost of waging war.

During my channel surfing, I also heard Gary Sinise (Lieutenant Dan of Forrest Gump fame) place the figure at around 5,000 for the number of “Gold Star” kids: those who have lost a parent in Iraq or Afghanistan.  While the decision to invade Iraq casts an ominous shadow on the presidential hopefuls, the sons and daughters of military personnel killed must live with the absence of their moms and dads everyday.  It’s for the sacrifices of these families that I am most grateful and mournful. 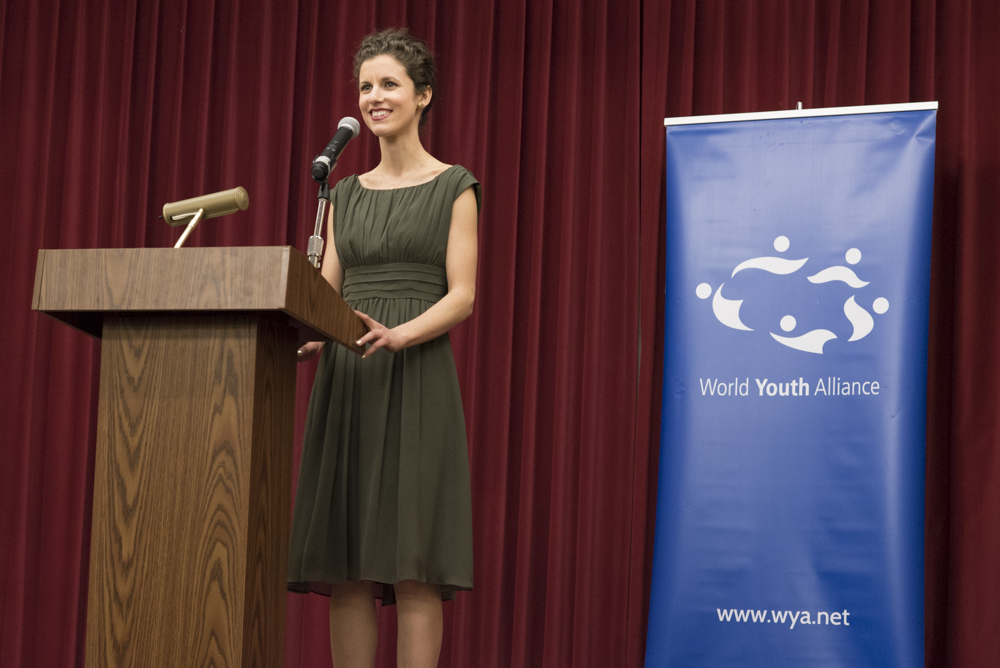 Last night I attended the Manhattan International Film Festival, which is hosted by the World Youth Alliance.  The United Nations is the usual venue for the final screenings, but not this year.  Below is a letter from the WYA director, Anne Halpine, explaining the last minute switch.  Regardless of the controversy, it was a splendid evening of good conversation in good company followed by films that are aimed at promoting the dignity of the human person.  Oh, and not to mention Alexis Kende (pictured above) and the WYA Chamber Orchestra delivered live music.  I don’t think the United Nations knew what they were missing.

As you know, our mission at WYA is to promote the dignity of every human person. We do this through education programs, international advocacy, and cultural initiatives including the annual Manhattan International Film Festival, which took place last week.  This year’s festival has provided us an additional opportunity to stand for our ideals, including important freedoms of expression.

9 young directors qualified as finalists in our 2015 competition, and were invited to screen their short films in New York.  Recognized for their creativity and depth in portraying the dignity of the person, the triumph of the human spirit, and the power of solidarity, these directors represented a variety of countries including the Philippines, Taiwan, the United States, Chile, and Finland.  4 of the finalists were selected as MIFF Winners, and were scheduled to screen their short films at the United Nations on Wednesday, March 25th.

However, late last week, we learned that due to political reasons, the UN would no longer host the screening when informed them that our lineup might include works by young Taiwanese Directors.  We were also informed, by the UN itself, that not only were we not allowed to show films by Taiwanese Directors, we were not allowed to have our guests from Taiwan inside the UN.

The United Nations is an international arena, founded to promote international cooperation and peace. Its objectives include fostering social development, maintaining international peace and security, and promoting the rights of all people. In bowing to pressure from China, it has violated its own mandate, and has attempted to ignore the existence and reality of an entire nation state and people. History shows us how meaningful, and how dangerous, such actions are.

As a result, we chose not to showcase the winners of our film festival at the United Nations. Appropriately, and generously, the Taipei Economic and Cultural Office will be hosting our final screening event.

For those of you in Manhattan, we invite you to join us tomorrow night for this important occasion; Wednesday, March 25th, 6pm at 1 East 42nd Street.  The evening will include a screening of the 4 winning films in this year’s competition.

The meaning and importance of our film festival has been heightened this year.  We are reminded that art is not simply a mirror; it is also a hammer that threatens to challenge and provoke change in the world.  We are proud to stand with our artists, friends, and ideals.