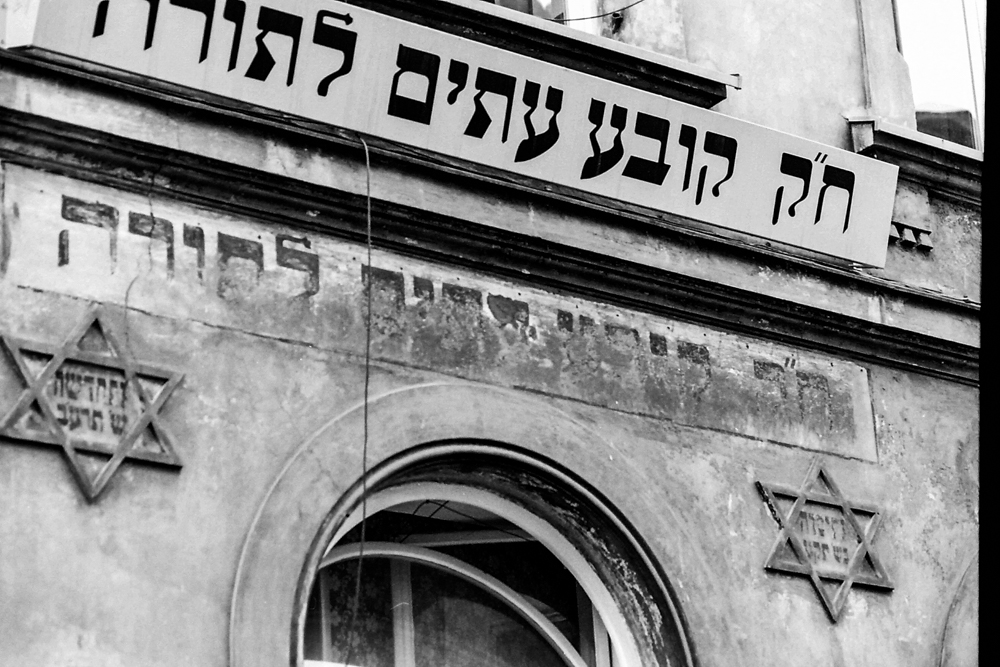 Way back when—around this time of year in 2010 to be precise—I spent about two weeks in Poland visiting my girlfriend’s family. Meeting her parents was not all that we did.   She organized a personal tour of her beloved Polska, and naturally I took photos—494 of them.

Travelling for me usually means sloughing off my technologically advanced, but physically burdensome digital SLR and opting for the sanely-sized Nikon film camera, the FM2. Poland was no exception. I photographed posing family members, rusted rail lines, sanctified icons of Mary, and street scenes with roll upon roll of 35 mm film; a historical mission of sorts to freeze and transport these moments to an unknown future.

Poland lends itself to that goal of preserving what seems lost. Etched in its own history are the polar extremes of humanity’s display of good and evil—a divine revelation of the limitless mercy of God for all souls given to a young nun, Sr. Faustina Kowalska followed soon after by the diabolical eruption of World War II and the deaths camps spawned by Adolf Hitler.

The image above is in Krakow, once a cultural mecca of Judaism. Little did I know that less than a year after taking the photograph my relationship with “my Polish friend” would be history. If you’re interested in seeing the theme of Poland’s past intimately explored there is a touching film that I saw recently at Cinema Village entitled Ida.