“For the poor you have always with you, but you do not always have me”

I don’t want to imagine what it is like to sleep on the streets of New York in the middle of winter.  Cold concrete with no place to call home.  These home-less are the forgotten veterans of Vietnam and other conflicts waged for America’s protection.  They are Marines, Army Rangers, and damn fine soldiers who, I don’t have a clue, but maybe they feel like they are Prisoners of War in their own nation.  But even without much more than the clothes on their backs they have dignity.  So it’s probably just me complaining for them.  There are also artists who, once again it’s me talking…have been let down by a world that has failed to “see” their art.  There are illegals who, perhaps they came in search of streets paved with gold, but never “made it happen.”  Women who are drug addicts or victims with crosses casting shadows too black for a simple mind to comprehend. 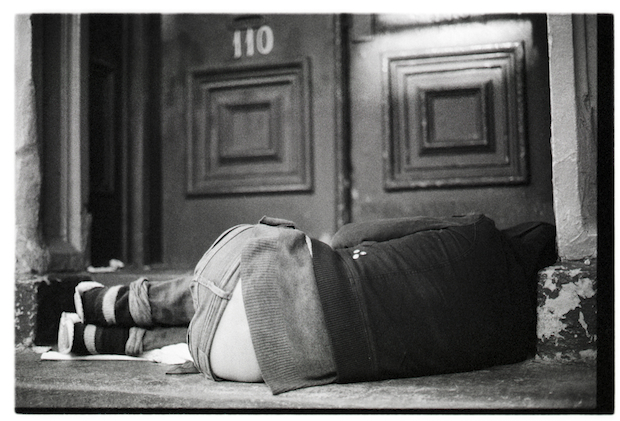