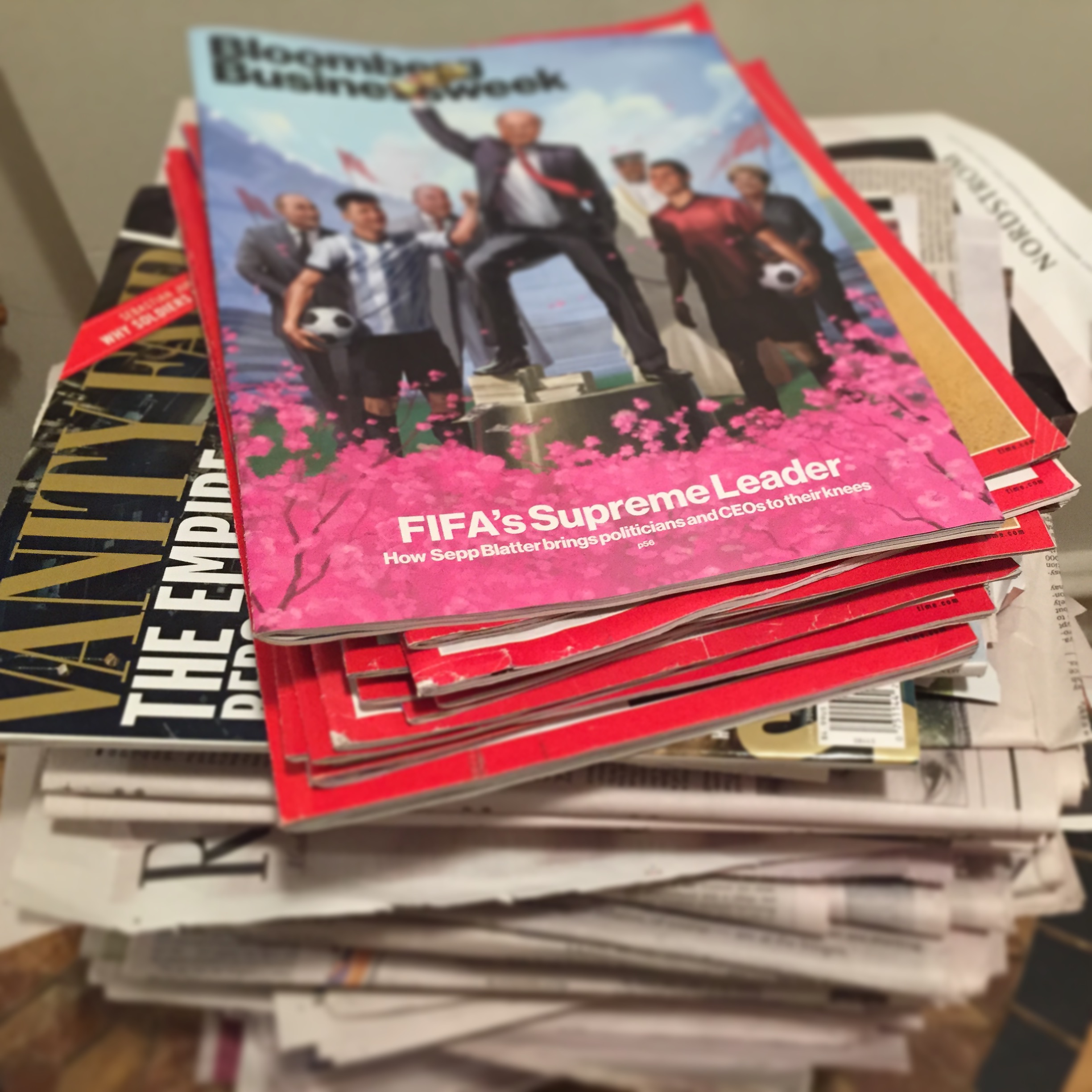 “Did you know that Pope Francis is meeting Vladimir Putin on Wednesday?”

“What about Senator Lindsey Graham’s announcement that he’s running for president?”

“Betcha didn’t know that Jeb Bush has not officially declared that he’s running for president?”

“You’d have to be a shut in not to know that Bruce Jenner is now Caitlyn Jenner. Everyone’s heard of that!”

There’s nothing wrong with being informed, right? Well, if anyone’s in need of an intervention on media oversaturation it’s probably me. As an inquisitive docent of world affairs, my hope is to help others (and myself) understand the causal factors generating the copious amounts of news flashes. It’s rare for me to recuse myself when taking bets on talking points such as who will be elected the next president or whether China and the United States are heading for a clash over a smattering of islands in the South China Sea called the Spratleys.

My daily routine involves skimming through The Wall Street Journal, The New York Times, and The New York Post.  The case, the dailies, AM New York and Metro, are often handed to me by an army of newsies blockading my path to the uptown 6 train during my daily commute to work. Not that I mind. If I’m lucky there will be someone handing out the anti-People’s Republic China Epoch Times and I’ve been spotted rustling through the plastic dispensers littering Upper East Side street corners to pick out the latest Village Voice or L Magazine. These are just a handful of my sources, but the reader (are you still reading?) has likely labeled me a current events pedant.

In my defense, my official job title is “Media Assistant.” Yet with the Pope-whom the media seems to revolve around-recently boasting that he only reads one newspaper a day as well as forsaking television back in 1990, the question needs to be raised: Is there value in staying so current that the news apps on my smart phone become part of a choreographed burlesque of the zeitgeist?

My answer is an emphatic yes. For starters, one of the reasons Pope Francis is widely regarded as a phenom is due to the media, that amalgam of photographers, writers, and selfie snapping citizens who bring the news to the rest of the world. While reporters can be accused of pedestrian headlines and jejune stories, odds are their readers gain-at the very least-a new perspective on the topic at hand.

Assiduously reading the pulse of the world is hardly an epicurean pursuit. It requires an eye for uncovering the mendacity of well-disguised demagogues and an iron will to gird oneself against the mercurial whims of a democratic citizenry easily persuaded by the ideological fashions of the day.